With the launch of OPPO Reno 6 series in Pakistan, the company has updated its premium smartphone line up in the country. The OPPO Reno 6 series comprises of most of the features of the Reno 6, including the same 6.5-inch FHD+ display, the same processor, and the same rear camera, but with updated version Pros.

The newest Reno 6 series from OPPO has been launched in Pakistan. Pre-orders for the Reno 6 are already open, and the Reno 6 Pro 5G will be available next month.

The OPPO Reno 6 is now available for pre-order in Pakistan, with a price tag of Rs. 59,999. The new smartphone will be available in two colors: Aurora and Stellar Black, when it goes on sale.

The Snapdragon 720G processor powers the Reno 6. Two large cores and six smaller cores make up the 2.3GHz octa-core CPU. An Adreno 618 GPU is included with the chip.

The 173-gram phone is now only available with an 8GB RAM and 128GB internal storage option. It should be noted that external memory is supported. The phone is powered by Android 11 with the ColorOS 11.1 overlay on top of it.

A primary 64MP camera and an 8MP ultra-wide-angle camera make up the quad-camera system. There’s also a 2MP macro camera and a 2MP monochrome camera. A 44MP selfie camera is located on the front of the phone.

The Reno 6 has a total capacity of 4310 mAh and is powered by two series-connected battery cells. Fast charging at 50 watts is supported. There’s a fingerprint sensor included in the display, as well as geomagnetic, proximity, optical, accelerometer, gravity, gyroscope, and pedometer sensors.

Later in October, the OPPO Reno6 Pro 5G will be released. It has a 6.5-inch 3D curved display with a refresh rate of 90Hz and a touch sampling rate of up to 180Hz, providing a silky-smooth feel and pleasant viewing experience. The display is HDR10+ certified, and it has the Dimensity 1200, MediaTek’s newest flagship 5G-integrated SoC, as well as 65W SuperVOOC 2.0, which can charge to 100 percent in approximately 31 minutes.

Color Options for the OPPO Reno 6

Pre-orders for the OPPO Reno 6 will begin on September 8 in Pakistan. Aurora and Stellar Black will be the two color choices for the phone. Both versions will be available for PKR 59,999 at the retail level. Get an amazing gift package of OPPO Enco Buds TWS when you book your Reno 6 on https://oppo.com.

Reno6 also has an OPPO Reno Glow design, ultra-fast charging speed, the super-convenient smart ColorOS 11, and improved heat dissipation, all of which contribute to a more fluid and responsive user experience.

OPPO unveiled the Reno6 series at an online event. The event included an enthusiastic live performance by OPPO Brand Ambassador Asim Azhar, who not only revealed the new Reno6 and Reno6 Pro, but also the much-loved Reno6 and Reno6 Pro.

Fans may now participate in the making of the famous singer’s music video, Bol Day. Furthermore, OPPO has launched the “Discover the Faces of Pakistan” initiative, in which they collaborate with the Pakistan Tourism Development Corporation (PTDC) to capture national emotions via stunning photographs and showcase Pakistan’s distinct culture to the globe. At late September, the piece will be shown in OPPO Gallery, a virtual art exhibition established by OPPO for everyone.

Maya Ali, an OPPO Brand Ambassador, spoke about OPPO Gallery and how the business offers a platform for budding artists to exhibit their work at the star-studded event. Along with OPPO CEO George Long and Asim Azhar, she also introduced the phone. Leading content producer provided pictures taken on the OPPO Reno6 to demonstrate the phone’s real photography capabilities.

The main product, the OPPO Reno6, is a great improvement from the Reno5. The Bokeh Flare portrait video is now available to users as well. The Reno6 also has 8GB of RAM and 128GB of storage, as well as OPPO’s own RAM Expansion technology, which enables part of the ROM storage to be utilized as short-term memory if RAM space becomes scarce.

When necessary, the initial 8GB of RAM may be extended with an extra 2GB/3G/5GB of RAM. This time on Reno6, two texture layers were applied, with the Color Film adding more blue and green tones and the Bullet Texture increasing transparency. As a consequence, more complex tones reflecting millions of colors, such as rainbows, are produced. When you pull out your Reno6, it’s more than simply a set of features; it’s a fashion statement – a style decision.

“At OPPO, we believe that technology should be used to benefit people rather than to replace humans. For the sake of humanity, technology should serve a greater purpose.” (Assistant Director of Marketing Hamza Jaffri)

The 50W Flash Charge and the Reno6’s 4310mAh long-lasting battery life are two of the Reno6’s many excellent features. In 45 minutes, the Reno6 can be charged to 100%. It comes with ColorOS 11, OPPO’s own Android-based mobile operating system, which offers increased efficiency, unrivaled smoothness, and enhanced privacy for a more pleasant and peaceful smartphone experience.

Later in October, the OPPO Reno6 Pro 5G will be released. It has a 6.5-inch 3D curved display with a refresh rate of 90Hz and a touch sampling rate of up to 180Hz, providing a silky-smooth feel and pleasant viewing experience. The display is HDR10+ certified, and it has the Dimensity 1200, MediaTek’s newest flagship 5G-integrated SoC, as well as 65W SuperVOOC 2.0, which can charge to 100 percent in approximately 31 minutes.

The OPPO Reno 6 series is not only the first smartphone from the Chinese company to land in Pakistan, it is also the cheapest among its siblings in the OPPO Reno 6 series. The OPPO Reno 6 series was launched in China in November 2018 and in Pakistan in February 2019. The device offers a 6.2-inch HD+ display, a 3GB RAM and 32GB internal memory with expandable storage up to 256GB via microSD card slot. It is powered by an octa-core Qualcomm Snapdragon 632 chipset coupled with 3GB/4GB LPDDR4 RAM and 32GB/64GB internal storage. The device comes with Android 8.1 Oreo operating system right out of the box. It. Read more about reno 7 pro price in pakistan and let us know what you think. 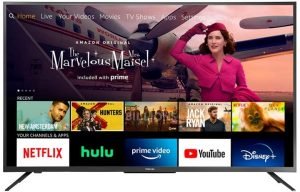 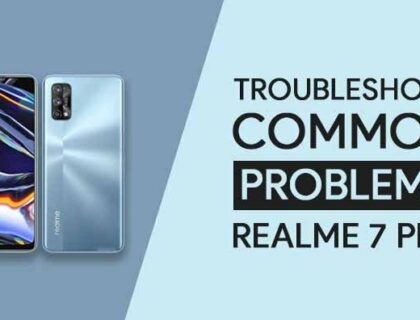 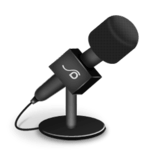 15 Best Microphone Apps For Android And IPhone In 2020